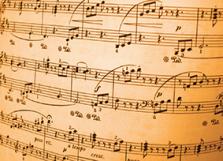 Are washing machines musical? I would argue that they are. When you are around them for a lot of the day you are exposed to a cacophony of noises and it doesn’t take much imagination to hear their rhythmic qualities.

Washing devices do have a musical pedigree … washboards became popular as musical instruments in the 19th century and are still being used as musical instruments today. The modern washing machine may not have had the same level of adoption but I do remember once reading that pop singer Michael Jackson’s mother Katherine recalled him as a two-year-old dancing around to the rhythm of the machines at her local laundry. A couple of years ago—at a Cybersonica conference for those interested in the theory of how new technologies are shaping the way musicians present their work—one presenter displayed a special installation that allowed people to put their head in a washing machine and hear the acoustics of the machine’s drum accompanied by its different cycle speeds. The artist’s notes said that it “creates an unexpected result from a familiar and well-known domestic device”.

I won’t go so far as to stick my head in one of my machines, but I will continue to listen for the “music” that emerges from my laundrette surroundings, finding the beats and tones that bubble up and enjoying the sounds of the washing machines’ and dryers’ slosh and rhythm and hum. Of course, if washing machine sounds are not your favourite genre of music, enjoy the more “recognisable” music that we broadcast throughout the laundrette. We play anything from jazz and easy listening through to more contemporary such as from the Ministry of Sound.