In 2010, the business suit almost as we know it, celebrated its 150th anniversary.
How is it that men have been wearing the same ‘uniform’ for business for all of that time?

I have a friend who (jokingly, I think?) refers to his business suit as his ‘slave suit’ and curses the unwritten rule that prevents him from wearing his comfy jeans and a t-shirt into the office.

But if it wasn’t for an Englishman by the name of Beau Brummell, he could conceivably be wearing a long coat, waistcoat, cravat, breeches and a wig into the office every day!

This was what was favoured by England’s King Charles II in the 17th century and he dictated that all men of his court must wear these items. Interestingly, Charles made the ruling in order to promote an image of austerity after a plague outbreak and the Great Fire of London. Previously the elite had marked their position in society by metres of lace and frills. Although still using lavish fabrics, this new court uniform was considered understated and modest by previous standards.

During the early 1800s, George ‘Beau’ Brummell befriended the future King George IV. Brummell stood out from the crowd in many ways. He was fastidious about his teeth and daily bathing, which was highly unusual in those days. His wit and style of dressing also attracted attention. While taking a leaf out of the style book of Charles II, Brummell downplayed the taffeta and brocade fabrics of Charles II’s court, instead wearing coats tailored of broadcloth and linen in muted colours—often wearing the same coloured trousers in stockinette or chamois leather. Little did he know that matching the colour of his pants and coat would become the norm, and not the exception, for centuries afterwards.

The sporty Victorian era that followed Brummell’s Regency period is said to have influenced a streamlined version of the suit that would become the modern business suit or lounge suit as we know it today.

While the fob watch pockets and hare pockets of suits that were designed to hold the birds and rabbits felled by Victorian gentlemen have been replaced with mobile phone pockets … the suit—apart from trends in cut, colour and button position—has changed little since.

Despite Beau Brummell’s fastidiousness on hygiene, neither he nor the Victorian gentleman who followed him was likely to ever clean their suits, apart from having the odd spot sponged out.

Today however, Ainslie Laundrette can return you to sartorial splendour (and have you smelling much better than those Victorian gentlemen) with our one-day suit dry cleaning service. Drop off at 8:30am and pick up after 3:30pm or ask us about delivery. 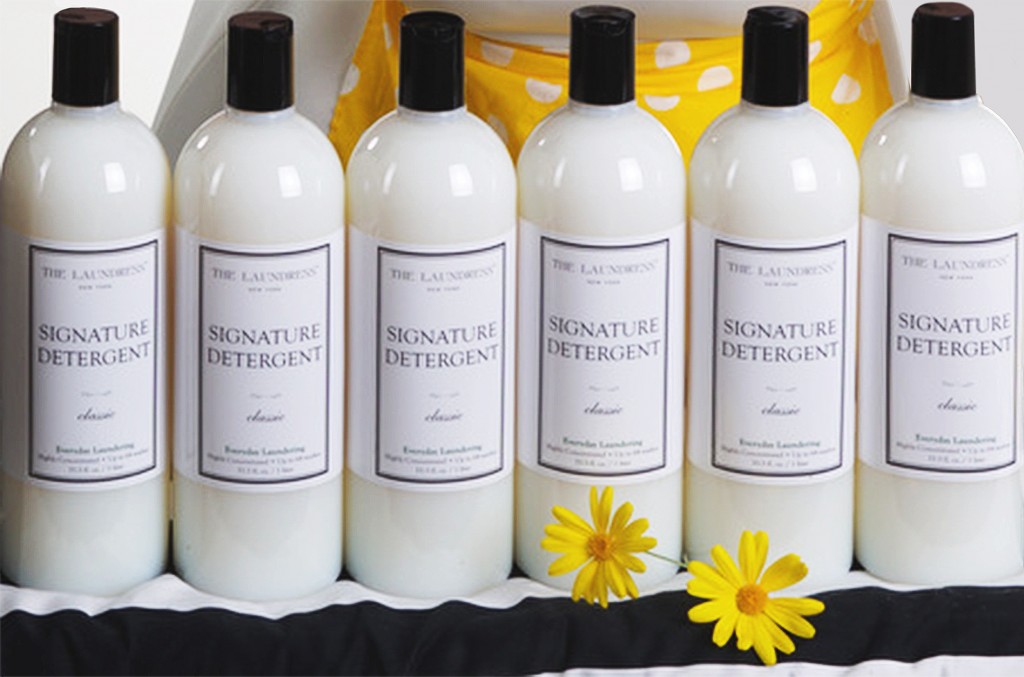 Is practicality the enemy of great gift giving? Research says no.

There seems to be no end to catalogues and articles and advertisements about buying the ‘perfect gift’ for friends and family Christmas. But one article I read recently took a different slant.

It discussed research showing that gift givers are often too wrapped up in trying to be considerate and caring, and thinking about how both they and the receiver will feel when the jewellery/perfume/expensive wine is opened, to think about practicality.

For example, given the choice between buying somebody a gift card at an expensive Italian restaurant that’s far away and buying a gift card to a well-rated restaurant that is nearby, givers consistently went for the luxury restaurant, while receivers in the study said they preferred the place closer to home. The same was true for coffee makers: Givers said they wanted to buy the most expensive; recipients said they just wanted the easiest to use.

It comes down to the ‘life’ over ‘luxury’ concept. What is going to make someone’s life easier and what will they appreciate more? Wouldn’t it be great to give someone the gift of time by organising someone to cook a meal, clean the house, wash the car, or do the laundry?

The next best thing is cutting down on time spent doing any of these things which is just what our gift pack of world-renowned eco-friendly Laundress detergents will do.

Developed in New York, the Laundress Signature Detergent is unlike many other brands because it has four ingredients that remove protein stains, starches, oils and particles like lint and fuzz. It cuts time by solving just about every laundry challenge in one wash … and a little bit of the highly concentrated formula goes a long way, so a new bottle is only needed once per quarter. And if you do have a particularly sweaty, smelly stain, or a dense food or alcohol stain, the specialist sport detergent and stain remover will make short work of them.

Whatever gift you give, Ainslie Laundrette wishes you a practical and stress-free Christmas.